“Praise the lord, there’s no pain!” said the patient. The year was 1987, and chiropractor Dr. Walter Vernon Pierce had invited Dr. Joseph Evans, PhD, and his team to come demonstrate his new product, the Model 15 Precision Adjustor, on a patient. The patient, a minister by profession, was barely able to walk from the unbearable pain originating in the cervical spine and the sacrum, and after just one round of gentle impulses applied to the areas from Dr. Evans’ multiple impulse therapy device, the patient was delighted to find himself walking around the room pain-free. Two things happened on that day: the patient referred his entire congregation to Dr. Pierce, and Dr. Pierce signed on to help Dr. Evans get the word about his Precision Adjustor out to the entire chiropractic world.

“Without his help, we couldn’t have gotten started,” says Dr. Evans, founder of Sense Technology, Inc. (formerly Kinetic Technology) and developer of the PulStar line of chiropractic tools. Dr. Evans went on to found Sense Technology in 1989 with one goal in mind— to provide “help for healing hands” and invent products that would completely revolutionize the chiropractic industry.

It all began with the Precision Adjustor that Dr. Evans used on Dr. Pierce’s patient in 1987. At it’s core, the Precision Adjustor was a multiple impulse therapy tool, meaning it was designed to send targeted, precise amounts of pressure into the trouble areas of a patients spine, essentially emulating what chiropractors do with their hands— without the stress and strain for chiropractor or the popping and cracking for the patient.

Dr. Evans continued to develop the Precision Adjustor until 1993, when he released the first PulStar system, which took the Precision Adjustor to an unparalleled level of advancement, while also placing PulStar on the map at the top of the multiple impulse therapy industry. The PulStar was so revolutionary because it computerized the existing technology of the Precision Adjustor, giving doctors the ability to use the product in an analysis mode to see exactly where treatment should be applied.

Thanks to a dedicated team of researchers and developers led by Dr. Evans, The PulStar G3 Vision Suites of today have come a long way from that original model in 1993. The impulse therapy analysis/ treatment tool has become nearly effortless to operate, offers customizable settings for individual patients and has multiple attachments to achieve various chiropractic methods. The sophisticated PulStar software provides accurate analyses that are easily understood by both doctor and patient, allowing patients to see evidence of their own improvement. Patient viewing screens, integrated patient treatment stands and system portability are examples of some of the incredible features offered with the PulStar suites of today.

After more than 25 years of providing “help for healing hands,” there are certain factors that remain constant. PulStar is ahead of the curve in the development of chiropractic tools. It is constantly innovating using scientific research, which lends predictability and provable results to PulStar products. And PulStar employees are every bit as dedicated to the products and the company as ever. “What we do is exciting because it affects so many lives,” says Dr. Evans. “With the PulStar instrument, we’ve been able to treat and get hundreds of thousands of people out of pain quickly. That, to us, is a remarkable achievement.” 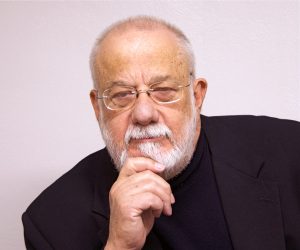 Dr. Evans returned from Vietnam in 1967 and decided to finish his PhD thesis at CMU. He spent three years evaluating and developing a heart assist device for his thesis project before graduating with a PhD in Civil and Bio Technology. Westinghouse received a contract to further develop the heart assist device, so Dr. Evans went on the work for the company, eventually as the head of the Bio Systems Instrumentations Group. After five years at Westinghouse, Dr. Evans joined a team of developers who patented a coke oven sealant that was sold to companies in the steel industry. He spent many years in that role, but was looking for the opportunity to get back into developing products for the medical field. When he was given the chance to review the design of a chiropractic adjustment tool in the early 80s, he jumped on the opportunity with enthusiasm. From that time on, Dr. Evans has been dedicated to research and product development for the chiropractic industry, and his PulStar products are now used by thousands of chiropractors worldwide. 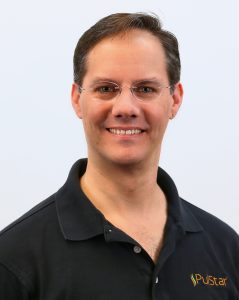 Christian Evans began working for his family’s business, Sense Technology, in 1993. He was a Systems Analyst for the company at that time, and in that capacity he assisted with much of the computer programming and software engineering for the PulStar systems. He left Sense Technology in 1997 to study Philosophy at Goucher College in Maryland, while also working as a consulting analyst at an IT firm in Turtle Creek called Innovative Decisions, Inc. Christian returned to Sense Technology in 2003 at first as a software developer and later as the President of the company. Today, Christian is responsible for the operations of Sense Technology, managing company systems, planning, administration and customer support. 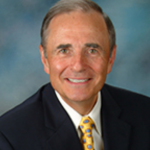 “THANK YOU for the new head and the great customer service. I called you after 5 p.m. on Thursday and had the new head and the computer program update by 10:30 a.m. Friday. The new head is an amazing improvement. Virtually ALL my regular patients feel the difference. It feels more intense, and it delivers better results, in my opinion. I will update my other PulStar head after our income increases. Thank your dad for me for his continuing efforts to improve the Pulstar and our service to sick and suffering patients. We sure have and “unfair” advantage over our peers. I just turned 78 in April, and I still practice FULL TIME, 40 hours/week in the office. The main reason is because I can, and I love what I do with the amazing PulStar results.” 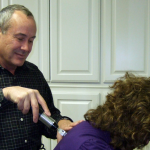 “I have had my PulStars (2) since September, 2011, and they have not had ANY problems … I have to say that it is surely refreshing to meet such a grounded, quality family as yours is. It is always a pleasure to call, and I always walk away from your phone conversations with a great big smile on my face. I can always count on you guys being there, and being REAL FAST when solving any problems …  I will have to rebuild [after Hurricane Harvey]. But that’s alright. The new clinic will be my legacy, and of course, we will use the PulStar.”

Click here to read Dr. Alexander’s full testimonial, which includes why he chose the PulStar and some important observations.

“Hopefully we can get that PulStar machine in our office soon—my patients are threatening my life. No I’m just kidding … but your stuff is that good.”

“You asked if the PulStar ‘really does what I said it does’.” Yes, it does. It’s a very versatile instrument in that it both evaluates and adjusts… the PulStar is at least as good as any other system of analysis and adjustment, and better than most. 90% of my practice is now instrument, and it has greatly reduced the physical and mental stress of practice. I wish I’d switched 5 or 10 years ago, because it would have saved me a lot of wear and tear.”

Click here to read about Dr. Walton’s first year and a half using a PulStar.

Our patented PulStar technologies were specifically
designed to help your “healing hands.”